Honorary Board Member for Life

It all started when Ellis New of Powassan made this statement over 25 years ago: “If anyone can learn from what we’re going through, you teach ‘em, girl,” he said. Ellis New had no idea what a force he was unleashing. New was dying and Joan Burnett was caring for him. “He was like a father figure to me,” Burnett said. “He was a prankster with a big heart and when he found out he was dying with cancer we had no idea where to turn. He wanted to stay home. Between family and friends we organized shifts so that he would have 24 hour care.” From that experience, and following New’s edict, Burnett and eight other Powassan women formed a palliative care volunteer group, realizing how many other families were struggling and needed support. “We saw how big a need was out there,” said Burnett. “We were experiencing it every day. We just wanted to help people. We soon realized that there was a gap in the type of support that organizations were offering to terminally ill people. We realized that volunteer support was really important so I approached Canadore College to see if they could offer a course. Canadore looked to Algonquin College and brought in someone to teach an orientation course on palliative care.” The Powassan palliative care team’s compassion, dedication and caring for not just the terminally ill, but as emotional support to the families of the dying, soon earned them a reputation that brought calls for service from North Bay. Canadore College had also seen the importance of the palliative care program and had instituted its own course of study with a total of 30 graduates. In 1987 Burnett brought all of the palliative care volunteer professionals together and the Near North Palliative Care Network was born, with offices in Powassan, Sturgeon Falls and Mattawa. Joan is currently happily retired but will always be the soul of the NNPCN.

Chair of the Board – [email protected] 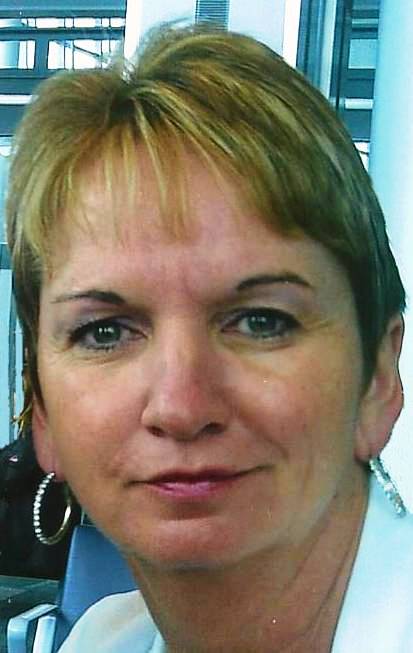 Linda is an accomplished R.P.N. at the North Bay Regional Health Centre, deeply interested in the issues of palliative care and end of life.

Monica Do Coutto Monni, B.A. Pol.Sci. M. Psych., is the Vice-Chair of the BON – Bereavement Ontario Network, a professional member of the Canadian Counselling and Psychotherapy Association, Palliative Care Instructor at Canadore College, sole proprietor of DCM Education and Training, and Volunteer Coordinator of Near North Palliative Care Network. Among other specializations, Monica holds certification in Board Governance (The State University of New York), and Training and Learning Programs for Volunteer Community Health Workers (Johns Hopkins University).

She has international experience in non-profit and for-profit top management, a solid vision of organizational structure and strategic growth. A Canadian-Brazilian citizen, Monica formerly owned a for-profit training institute in Brazil, and worked for many years in education and training, as MBA international liaison among Universidade Sao Francisco, Stanford and Harvard Universities.

You can also fill our online Volunteer Application Form.